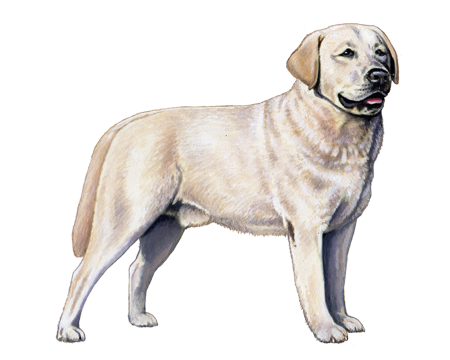 Labrador Retrievers are well-known for their outgoing, family-friendly personalities. Happy to work hard or play hard, these adaptable, good-natured dogs have earned their place as one of the world's most popular breeds. 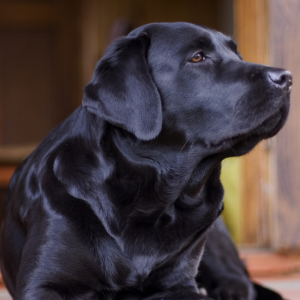 Despite the name, the Labrador Retriever originated not in Labrador, but on the coast of Newfoundland in the 17th century. Thought to be a descendant of the now-extinct "St. John's Water Dog," they were trained to retrieve fishing nets from the icy waters of the North Atlantic. The breed's dense coat and strong swimming abilities made it ideally suited for this job.

These dogs—known at the time as simply the "Lesser Newfoundland"—eventually died out in the area. But before that happened, English fishermen brought the breed to England in the 19th century. There, they were lauded for their swimming, retrieving, and hunting skills. It's believed that the Labrador Retriever got its name from the Earl of Malmesbury. He fell in love with the dogs and coined the name "Labrador" or "Lab" to differentiate them from their Newfoundland ancestors.

Labradors are strongly built dogs with short coupling (meaning, the space between their last rib and their pelvis is relatively short). They have broad skulls and are broad and deep through their chest and ribs.

The coat of the Labrador Retriever is short and dense, without any wave or feathering. Labs also possess a weather-resistance undercoat that protects them from water and cold temperatures.

Labrador Retrievers come in solid black, chocolate, or yellow. The yellow varies from a pale cream to a rich red fox color. Some Labradors also have white chest blazes.

Labradors typically have black or brown noses. In some yellow Labs, the nose color may fade to a lighter or dull pink color, known as a Dudley nose, as the dog ages.

Signature to Labrador Retrievers are a weather-resistant coat, drop ears, distinctive tails, and friendly, expressive eyes. Labrador Retrievers also have a unique tail that is very thick at the base and gradually tapers toward the tip. Its rounded appearance is sometimes described as an "otter tail." 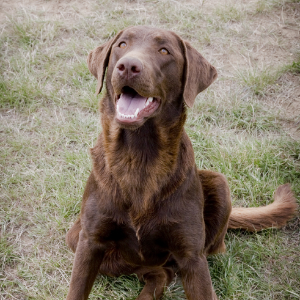 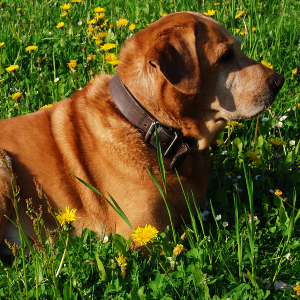 The Labrador Retriever is one of the best breeds for families and can be an excellent breed for even an inexperienced dog owner. Known for their happy-go-lucky, easy-going personalities, these dogs are always up for adventure. They like to be included in all aspects of family life.

Very social dogs, Labrador Retrievers bond easily with people, as well as other dogs and pets. They are patient, affectionate, and trustworthy around children, making them excellent playmates and a welcome addition to most any family.

Though generally calm and good-natured, some Labrador Retrievers can be quite energetic. They are well-suited for an active lifestyle filled with outdoor activities such as hiking and swimming.

Labrador Retrievers need a high-quality, age-appropriate dog food. They will benefit from diets that are formulated for large-breed dogs. In particular, large-breed puppy diets prevent them from growing too fast, which can help protect them from hip dysplasia in adulthood.

Labrador Retrievers have big appetites and, left to their own devices, will actively seek out human food and snacks. For this reason, they are prone to becoming overweight or obese. To keep their weight in a healthy range, their food intake—including treats—should be closely monitored.

To maintain a healthy coat, Labrador Retrievers should be brushed weekly (or more often during seasonal shedding periods). They may need occasional baths to keep them clean, particularly after outdoor activities.

The Labrador Retriever requires a lot of exercise to stay at a healthy weight and burn off extra energy (so they can maintain that calm, laid back demeanor). They enjoy daily walks and opportunities to run or swim.

Because they are retrievers by nature, Labs also love to play fetch and are often happiest when chasing after a ball or frisbee. If a Labrador doesn't get enough exercise, they can be prone to destructive behaviors, such as chewing or digging.

Finally, it's important to give Labrador Retrievers plenty of mental exercise. This can include giving them puzzle toys or practicing obedience commands with them.

Labrador Retrievers are intelligent and eager to please—a combination that makes them a relatively easy breed to train. They are also highly motivated by food, which can be used to your advantage. Simply offer a small treat as a reward for desired behaviors, such as dropping an object or responding to "come," "sit," and other commands.

Labradors have the tendency to pull while on leash. Start practicing appropriate leash skills early and consistently to curb this behavior. 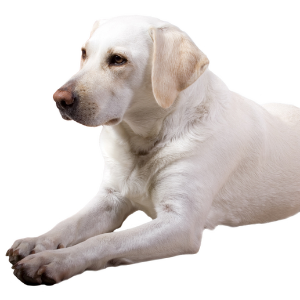 Knowing if your Labrador Retriever is a carrier or at-risk for these conditions can help you and your veterinarian plan for your pup's lifelong care. With Wisdom Panel™ Premium, you can get results for over 200 genetic health tests.