There’s no shortage of lists highlighting the most popular dog breeds. But we thought we'd give love to a few of the dog breeds that might not be household names but, in many cases, would make fantastic household additions. 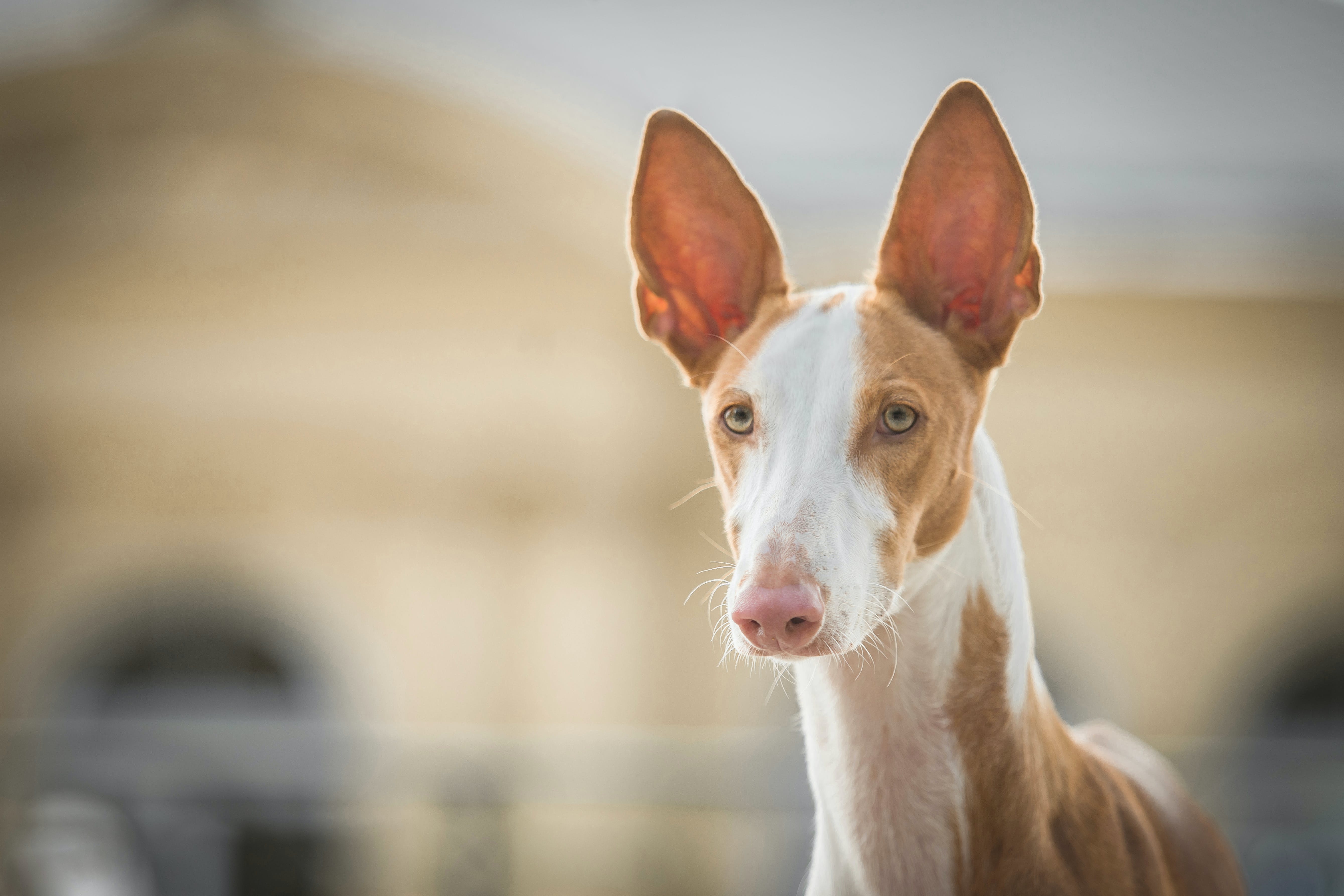 There’s no shortage of lists highlighting the most popular dog breeds around the world. And you’d be hard-pressed to find a dog lover who wouldn’t recognize a Dachshund or a French Bulldog. But the most well-known breeds only represent a small portion of today’s purebred dog population. So we thought we’d give a little love to a few of the dog breeds that might not be household names but, in many cases, would make fantastic household additions.

To learn about the early days of the Ibizan Hound, you need to go back a few years. Possibly 5,000 of them. Ancient Egyptian tombs from 3100 B.C. included the remains of dogs believed to be ancestors of Ibizan Hounds. However, other evidence suggests they are a more recent breed closely related to the Podenco Canario, Pharaoh Hound, and Cirneco dell’Etna. The breed is native to the islands of Mallorca, Ibiza, Menorca and Formentera, and experts believe they may have been brought there by the Phoenicians, Carthaginians, and possibly Romans.

Ibizans are members of the sighthound group, and while they have the characteristic speed and sleek build of other sighthounds, they are perhaps best known for their high-jumping abilities. How high? Try 5-6 feet straight up from a standstill. So if you have an Ibizan, it’s recommended that you also have an extra tall fence. These pups earned their keep as expert rabbit hunters, and their prey drive remains strong to this day. In other words, a home with small pets may not be the best fit for this breed.

Ibizan Hounds come in shorthaired and wirehaired varieties and are adorable nose to tail, but stand-out features include their giant, pointy ears and circular tail.

If you’re drawn to sled dogs but looking for a pup that comes in a smaller package, the Alaskan Klee Kai may be for you. Alaskan Huskies and Siberian Huskies were likely bred with American Eskimo Dogs and Schipperkes to reduce their size and create the Klee Kai breed standard. These adorable pups come in toy, miniature, and standard sizes, though all versions are under 17 inches tall. However, their bodies are the only small thing about them. Klee Kai have big personalities, big hearts, and big energy. Far from couch potatoes, this breed likes to stay busy by guarding the property, chasing small critters, or being part of family activities.

Historically, the best place to find a Carolina Dog was tucked away in a remote corner of South Carolina or Georgia. However, the American Kennel Club now recognizes the breed in its Foundation Stock Service, and a national breed club has formed, so the Carolina Dog may be a breed on the rise.

Also known as "swamp dogs," these pups are often found living a semi-wildlife in isolated swamps and forests. Because they’ve spent so much time on their own, they’ve evolved naturally and share many characteristics and behaviors with wild dogs. They are notable for their pump handle-shaped tails and known for their love of climbing and diggin. But just because they have wild roots doesn’t mean they aren’t well-suited for family life. Carolina Dogs can be affectionate, loyal, gentle pets that enjoy being added to a human pack.

When the Lacy brothers’ covered wagons rolled into Texas in the 1850s, they realized they needed an all-around homestead dog for herding, hunting, tracking, and guarding livestock. So they got to work developing what would become known as the Lacy Dog. You may also know them as the Blue Lacy, though that name doesn’t give nod to the breed’s other coat colors: red and tri-colored.

This high-energy breed is a working dog through and through. Like other members of the herding group, if they aren’t given a job to do, they’ll find a way to keep themselves busy. As small ranches have given way to larger farms and high-tech equipment, the Lacy’s numbers have dwindled. But Texas’ respect for them has not. These pups are the state dog of Texas and will always be known as the first breed to originate in the Lone Star state.

Ever wonder how a Whippet would look with long, wavy hair? One glance at a Silken Windhound will give you a pretty good idea. This relatively new breed was developed by crossing Borzois, known for their luxurious long coats, with Whippets and Windsprites. Whereas Windsprites (formerly known as longhaired Whippets) are more common in Europe, Silken Windhounds are an American breed. These mid-sized sighthounds are easy to train, friendly pups that get along well with kids and love to be part of the family. And their natural speed and athletic abilities make them champs at dog sports such as agility, lure coursing, and competitive obedience. Game on.

Powered by the world’s largest breed database, test now and understand your dog’s genetic makeup to allow you to customize care.