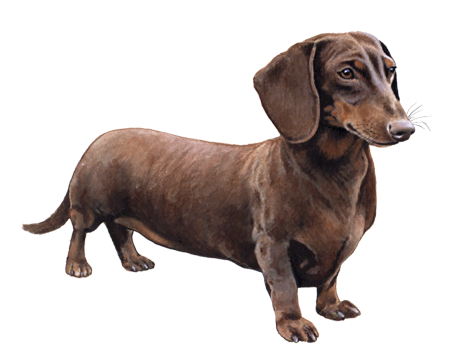 The Dachshund is an alert, lively, and active breed. These beautiful, spunky dogs tend to be protective of their families, making them vigilant watchdogs. And though they may be small, Doxies have big personalities. 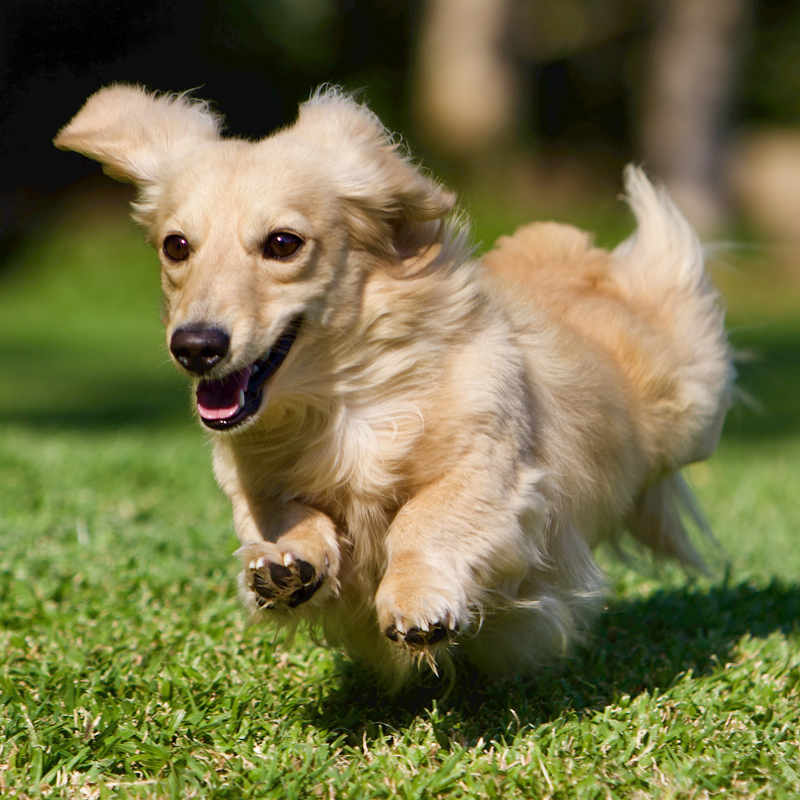 The shorthaired (or smooth) variety is the original breed in the Dachshund family. But breeders later focused on creating wirehaired and longhaired types, as well as miniaturized sizes of all three.

The Dachshund came to the United States in 1885 and received American Kennel Club recognition that same year.

The Dachshund's famously long body and short legs earned the breed the humorous nicknames "hot dog" and "wiener dog." But the elegance and beauty of these little dogs are no joke.

The Dachshund has three coat types: shorthaired, longhaired, and wirehaired. The shorthaired coat is sleek and shouldn't be too thick. The hair of the longhaired type is longest on the ears, chest, and tail. The wirehaired variety has a short, rough, tightly uniform outer coat with a finer, somewhat softer undercoat. The wired hair covers the whole body and creates distinctive facial furnishings.

The breed comes in various colors—including solid or bicolor combinations of light and dark black, red, and tan shades. Brindle and dapple patterns are also possible, with some dapple Doxies having blue eyes.

It's easy to recognize Dachshunds by their long-backed bodies, pointy noses, and short (but powerful) legs. 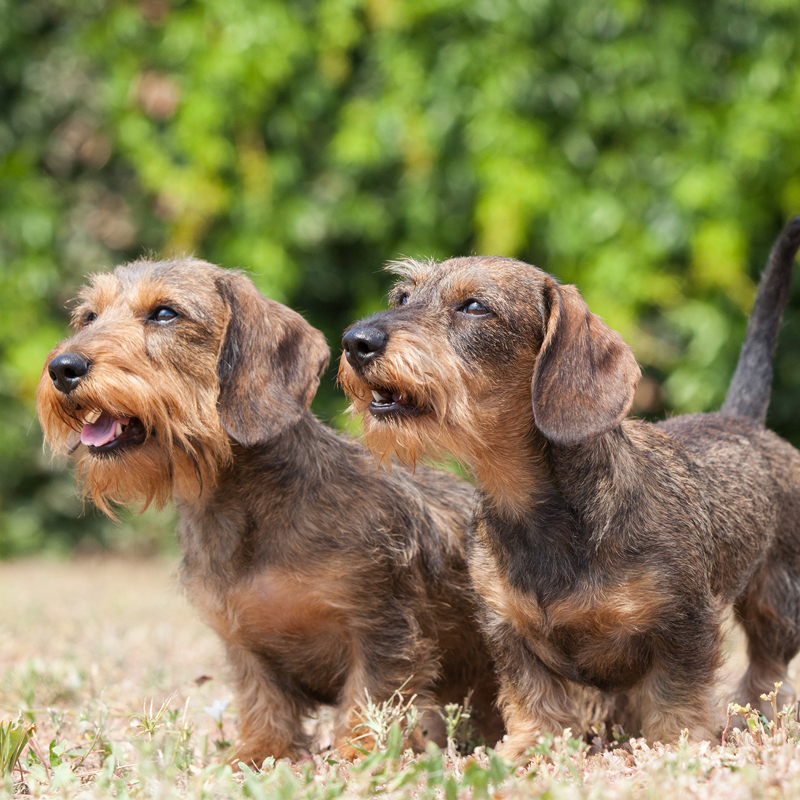 The Dachshund is a friendly, affectionate breed that loves to be surrounded by family. These pups prefer to be in on the action rather than left alone outdoors.

Thanks to their hunting dog lineage, Doxies often bark, scratch at the ground, dig, or chase wildlife. They're also sometimes suspicious or fearful of strangers—especially if they're trying to avoid being picked up, which can cause discomfort to their long bodies if not done properly.

Dachshunds thrive on a high-quality dog diet formulated for their age and size. Take care not to overfeed these pups, as any excess weight strains their backs—potentially leading to disc problems.

The Dachshund is a clean breed, with little or no smell.

The shorthaired variety needs only occasional brushing, whereas brushing requirements for a longhaired Dachshund depend on coat thickness. Thicker coats benefit from more frequent brushing to keep hair free from tangles and control the moderate shedding. Lastly, wirehaired Doxies do best when their coats are combed a couple of times a week and hand-stripped several times a year.

To reduce your dog's chance of ear infections, check their ears regularly and clean them as needed to remove wax build-up and debris. Nail trims should also be part of every pup's grooming routine.

Not every activity is appropriate or safe for Dachshunds due to their unique build. For instance, you should avoid long runs, hurdling fences, and vigorous swims. That said, this active breed is always eager to get out and have some fun in other ways.

In fact, Doxies need regular exercise to stay in shape and build the muscles needed to protect their backs. Just steer clear of activities that involve jumping or climbing stairs to prevent injuries.

With their keen sense of smell and strong prey drive, Dachshunds may choose to pick up a scent and follow it rather than obey instructions. So, patience is a virtue when training this independent breed. A kind tone and positive, reward-based approach are the best tools for training these sensitive dogs.

Dachshunds tend to be protective of their family and territory. Socializing them as puppies will ensure they develop into well-mannered adult dogs.