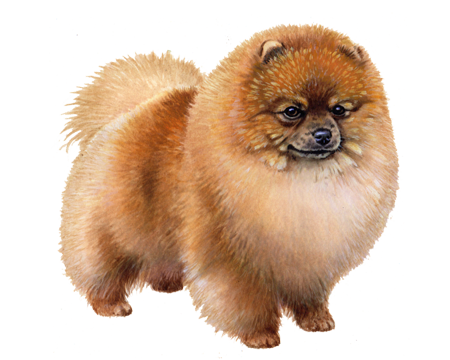 The Pomeranian is an active, friendly, and cheerful breed. These extroverted dogs are natural performers and like to learn tricks and entertain a crowd. A wonderful, very good-natured pet, this tiny dog is a big favorite. 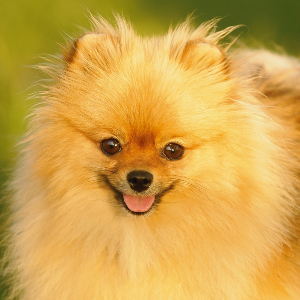 The roots of today's Pomeranian breed can be traced back to the Prussian region of Pomerania—which stretches across modern Germany and Poland, along the southern coast of the Baltic Sea. Pomeranian dogs were originally known as Zwergspitz. Zwerg means "dwarf," and "spitz" is the German breed of its bigger ancestor.

Around 1850, the breed came to England, where it received the name "Pomeranian" in honor of its homeland. Twenty years later, the English Kennel Club officially recognized the breed. At that time, Pomeranians were much larger than the breed standard we know today. Picture a Golden Retriever with a bushy tail, and you'll have a pretty good idea of how they looked.

Today's more diminutive Pomeranian, or "Pom" as its lovingly nicknamed, was established when breeders set out to create a breed that was better suited for city living. Through selective breeding, English breeders were finally able to produce a dog that weighed less than 20 pounds. Today's breed standard of around five pounds demonstrates just how much the breed has evolved.

Queen Victoria had a lot to do with the initial popularity of these small Pomeranians. In 1888, she received one of these "pocket dogs" as a gift, and she fell in love. The breed's association with the queen made it desirable all over the world. And by 1900, the AKC had officially recognized the Pomeranian.

Fast forward to today, and the Pomeranian's manageable size and feisty character have made it one of the most popular breeds in the world.

The Pomeranian is a compact, short-backed dog with a luxurious coat. It has a smiling face and fox-like expression.

The Pomeranian has a thick double coat. A short, dense undercoat covers the body while longer guard hair grows through, forming an abundant outer coat that puffs out around the shoulders and chest.

All colors are acceptable in the breed standard. Pomeranians may be black, brindle (black and brown striped), apricot, red, cream, sable, chocolate, or parti-color. White markings and a black mask are also possible.

One of the Pomeranian's signature traits is a heavily plumed tail that's set high and lies flat on the back. They also have dark, bright, almond-shaped eyes that are set well into their skull. And a Pom's small, erect ears are mounted high on its head. 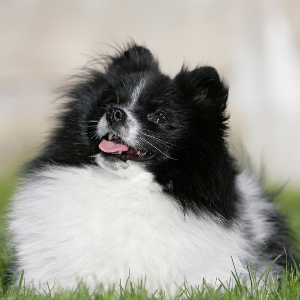 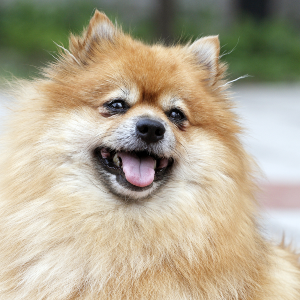 Pomeranians are very confident, alert, and proud dogs that are ideal for both city living and suburban home life.

Poms are gentle and playful by nature, but they also need to be treated with care. For this reason, they are best suited for families with relatively older children. They're also generally friendly towards other pets. However, Pomeranians can be reserved around strangers and may require careful socialization to prevent or reduce defensive-aggressive tendencies.

Despite their small size, Poms make excellent watchdogs. But they do like to bark, so training should be provided from an early age to curb this tendency.

Toy dogs like Pomeranians require more calories per pound of body weight than larger dogs. To meet their nutritional needs, it's best to feed them several small meals throughout the day, because their small stomachs don't allow them to eat large meals.

Some Pomeranians are prone to obesity, so it's important to keep a close eye on the amount of food they eat each day. To avoid accidental overfeeding, portion out their food using a measuring cup. And don't forget to account for treats when considering their daily calories. Even a couple of extra treats can add up for such a small dog. As a guideline, treats should make up no more than 10% of their calories each day.

As with all dogs, Poms should be fed a diet formulated for their specific life stage (e.g., puppy, adult, senior). Experts also recommend that Pomeranians be fed a diet created for small-breed dogs. These diets have the appropriate blend of nutrients and a smaller kibble size that helps them properly chew and digest their food.

Pomeranians are particularly susceptible to dental issues due to their small mouths and crowded teeth. All dogs require regular dental care—including at-home preventive measures and professional dental cleanings. But Poms may require more frequent cleanings beginning at an earlier age.

Though Pomeranians are active dogs that require regular exercise, their needs can often be met through indoor playtime or short strolls in the neighborhood.

Poms also seem to enjoy dog sports such as agility, rally, and competitive obedience. Some Pomeranians even enjoy musical canine freestyle, which is a mix of obedience training, dance, and tricks. It's not only great exercise but also a fun way to interact with their owners.

Pomeranians are very smart dogs. With consistent training, they can master a variety of tricks. Housebreaking can be challenging, though some Poms can be trained to use indoor potty systems.

They're eager to learn and respond well to reward-based training using treats or favorite toys. 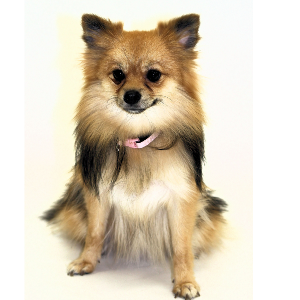 Knowing if your Pomeranian is a carrier or at-risk for these conditions can help you and your veterinarian plan for your pup’s lifelong care. With Wisdom Panel™ Premium, you can get results for over 200 genetic health tests.