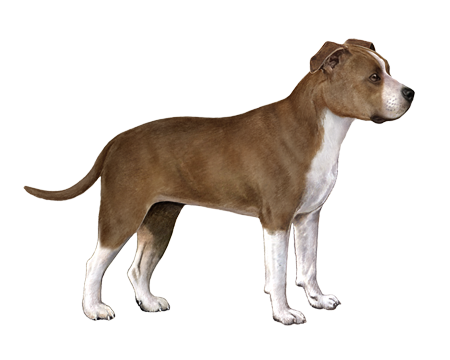 Though known as a courageous and powerful breed, the American Staffordshire Terrier is also affectionate and loyal. Loving toward family members and excellent with children, these pups make calm, fun-loving household companions when responsibly bred and properly cared for. 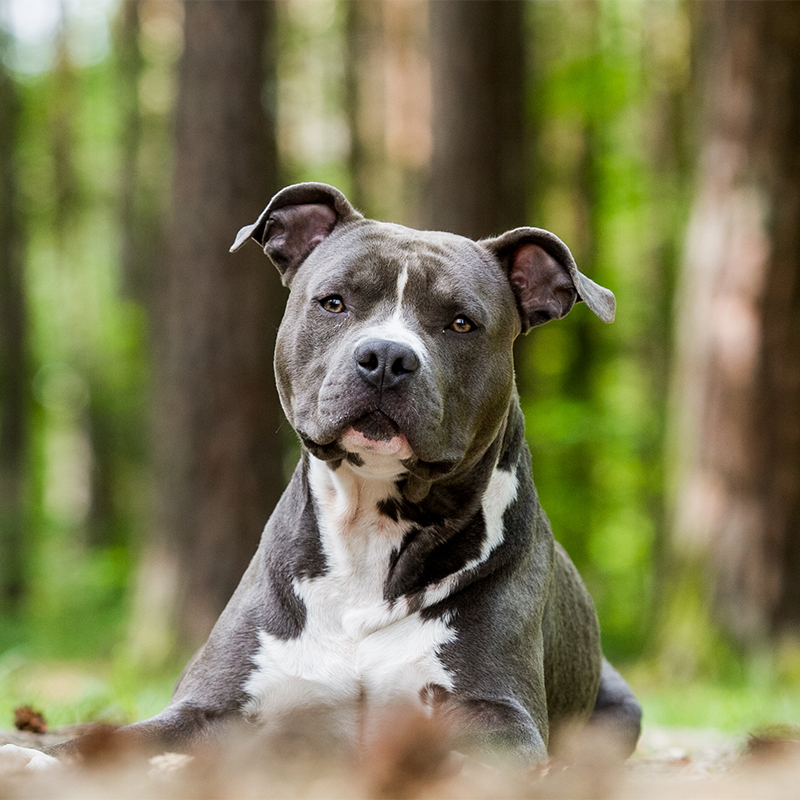 The American Staffordshire Terrier (or AmStaff, for short) dates back to 19th-century England—when various terriers were crossed with the Bulldog. The courageous and powerful dogs that resulted excelled in the fighting pit. But they also showed great talent as guard dogs and livestock herders.

These pit bulls came to America in the late 1800s. And though some were used for fighting, many became fixtures both on the frontier and at home—thanks to their hard-working, gentle nature. Still, most kennel clubs were hesitant to recognize dogs associated with fighting.

Though the American Pit Bull Terrier received United Kennel Club recognition at the turn of the century, breeders in the U.S. set out to develop a related but distinct breed. They focused their breeding programs on increasing the pit bull's size and weight.

American Staffordshire Terriers are sturdy, agile, and highly aware of their surroundings. The breed exudes strength with a muscular body, broad skull, and powerful jaw.

The AmStaff's coat is short, shiny, and stiff to the touch. This breed can be any color with solid, parti-color, or patched black, brown, tan, brindle (black and brown striped), liver, red, or fawn. Black or blue mask and brindle are common in American Staffordshire Terriers. Dogs that are all white, more than 80% white, black and tan, and liver are not encouraged in the breed standard.

American Staffordshire Terriers are known for their well-defined, strong jaws. Their eyes are round, set far apart on the face, and typically dark. And their uncropped ears are short and held half prick or rose (an ear shape that resembles the petals of a rose).

AmStaffs have a stocky build and are heavy for their size. They have relatively short, low-set tails that taper to a point. 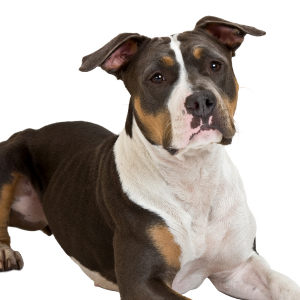 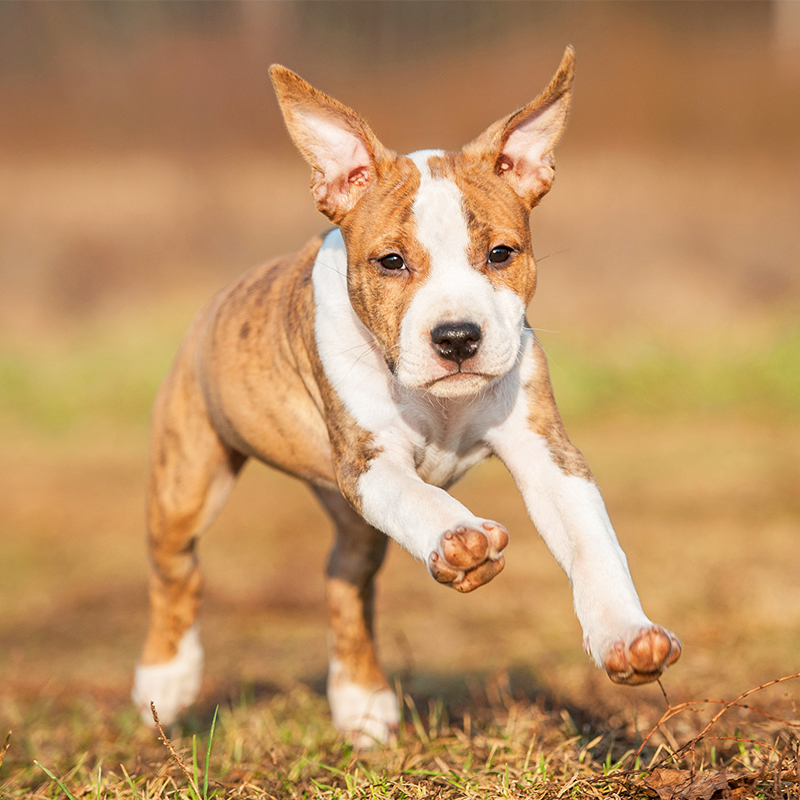 American Staffordshire Terriers are very loyal to their families and usually good with children.

Known as intelligent, hard-working, and stoic, AmStaffs make excellent guard dogs. Though they're good-natured, they may be protective of their families. That said, they're not aggressive unless provoked.

American Staffordshire Terriers can be suspicious of people they don't know. And they may not get along well with unfamiliar dogs or small pets. Early socialization and training can help them be friendly toward other animals and strangers.

Take care to monitor how much your dog eats and reduce portions if they gain too much weight. And remember to count calories from treats. As a general rule, they should make up no more than 10% of a dog's caloric intake.

The American Staffordshire Terrier's short coat and light shedding make it a very low-maintenance breed in terms of grooming. Weekly brushing with a soft-bristled brush and an occasional bath is usually all these dogs need.

American Staffordshire Terriers need daily exercise, whether that's a leashed walk, short run, or backyard game of fetch. But when exercising your AmStaff outdoors in the winter, be sure to keep your sessions relatively brief. Their short coats are not suited for chilly weather. (That said, fashionable sweaters can help!)

Strong and athletic, AmStaffs also seem to enjoy dog sports—such as agility, flyball, and rally. Competitive obedience training is another great option that not only reinforces desired behaviors but also provides your dog with mental exercise.

Obedient and relatively easy to train, AmStaff Terriers benefit from firm, dedicated training to temper their guarding tendencies. But remember: They can be stubborn and may not respond well to forceful training methods. So, positive, reward-based training is the best way to help this intelligent breed learn quickly. 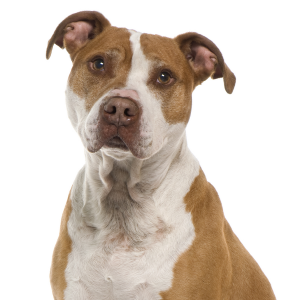 Knowing if your American Staffordshire Terrier is a carrier or at-risk for these conditions can help you and your veterinarian plan for your pup’s lifelong care. With Wisdom Panel™ Premium, you can get results for over 200 genetic health tests.