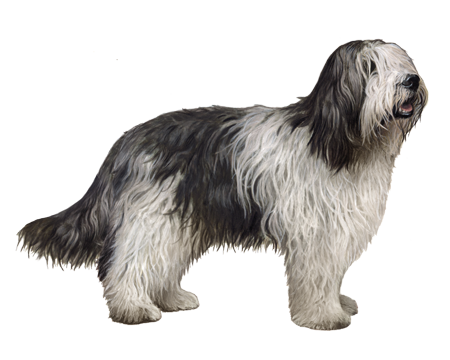 The “shaggy sheepdog of Holland” is a friendly, affectionate, cheery dog that excels as a pet for active families looking for a spirited companion. 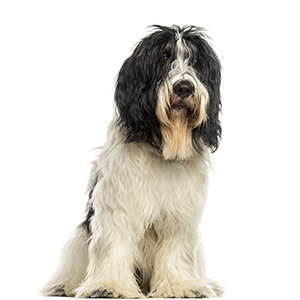 The breed, also known as Nederlandse Schapendoes, became a favorite of Dutch shepherds thanks to its speed and endurance. The Schapendoes is among the longhaired herding breeds related to the Polish Lowland Sheepdog, Bergamasco, Old German Sheepdog, and Bearded Collie.

Known as a “dog of the common people,” neither art nor literature featured the Schapendoes, and the breed remained little known outside of Holland. Even in their home country, the Border Collie often overshadowed the native breed, and their numbers dwindled.

Like other European herding dogs, the Schapendoes almost disappeared during World War II. However, P.M.C. Toepoel, a founder of the breed, helped restore flagging populations. A national breed club formed in 1954 and created a breed standard for the Schapendoes.

The number of registered dogs has since increased but remains small to this day.

On the hindquarters, their coats can be two-and-a-half inches long (or longer) and stand in tufts, giving Schapendoes the appearance of a large girth. Schapendoes also have large top knots, mustaches, and beards.

The breed standard permits all colors, but it prefers for Schapendoes with blue-grey to black coloring.

Schapendoes have fine-boned bodies that are slightly more long than tall. These dogs have deep chests, muscular hocks, and strong necks. Their large, broad feet with tightly bunched toes and thick, springy pads allow Schapendoes to move with a light-footed gallop.

Schapendoes also have high-set ears that hang free and large, round eyes with a lively, honest expression. 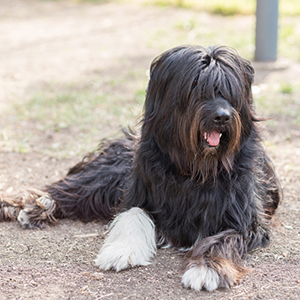 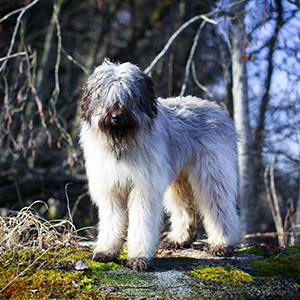 Schapendoes are herding dogs that moved flocks between pastures. The job required attentiveness and courage—traits that remain hallmarks of the breed; these are also characteristics that make Schapendoes excellent watchdogs.

With their families, Schapendoes are outgoing, high spirited, and friendly. They develop a strong sense of loyalty to their human packs and enjoy spending time together, especially outdoor activities.

But remember, these are herding dogs so they may attempt to corral children or other pets.

Feed Schapendoes a high-quality dog food that is appropriate for their life stage (puppy, adult, senior). Portion out their food with a measuring cup and limit treats to no more than 10 percent of their daily calories to avoid overfeeding.

Although the Schapendoes has long hair, their grooming needs are minimal. An occasional bath and weekly brushing are all it takes to keep their hair free of mats, tangles, and debris.

The Schapendoes is an active breed that relied on endurance and speed to herd their flocks; thus, they need regular exercise to be healthy, happy pets.

In addition to regular walks, swimming, hiking, and trips to the dog park, Schapendoes also do well in dog sports such as obedience, agility, and rally. Games of fetch in a fenced yard can also help Schapendoes burn off some of their abundant energy.

Schapendoes are extraordinary jumpers and could easily clear a fence, so it's essential to supervise them during outdoor activities.

Schapendoes are both intelligent and independent, which means they're quick learners but may need some incentive to stick with their training. Keep training sessions short and upbeat and use motivational tools such as treats and favorite toys to help Schapendoes master basic commands and learn new tricks.

Socialization is important for all breeds, including Schapendoes. Start early, exposing these dogs to new people, pets, and places to help them mature into well-adjusted pets. 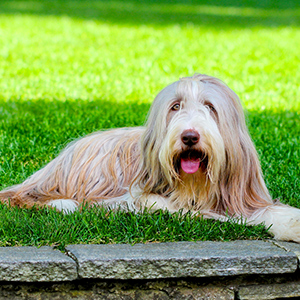 Knowing if your Schapendoes is a carrier or at-risk for these conditions can help you and your veterinarian plan for your pup’s lifelong care. With Wisdom Panel™ Premium, you can get results for over 200 genetic health tests.