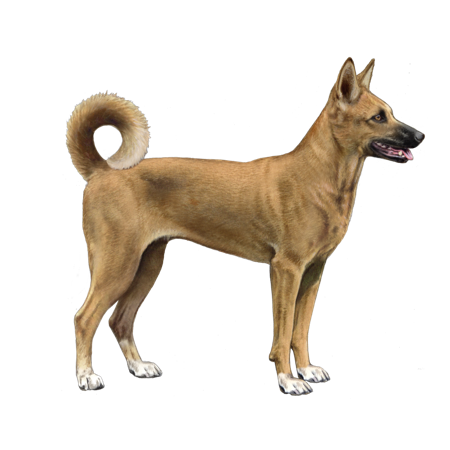 Ugandan street dogs are free-roaming pups that typically congregate in towns or villages with plentiful resources. They share many basic traits with pet dogs, but they lead primarily independent lives outdoors. 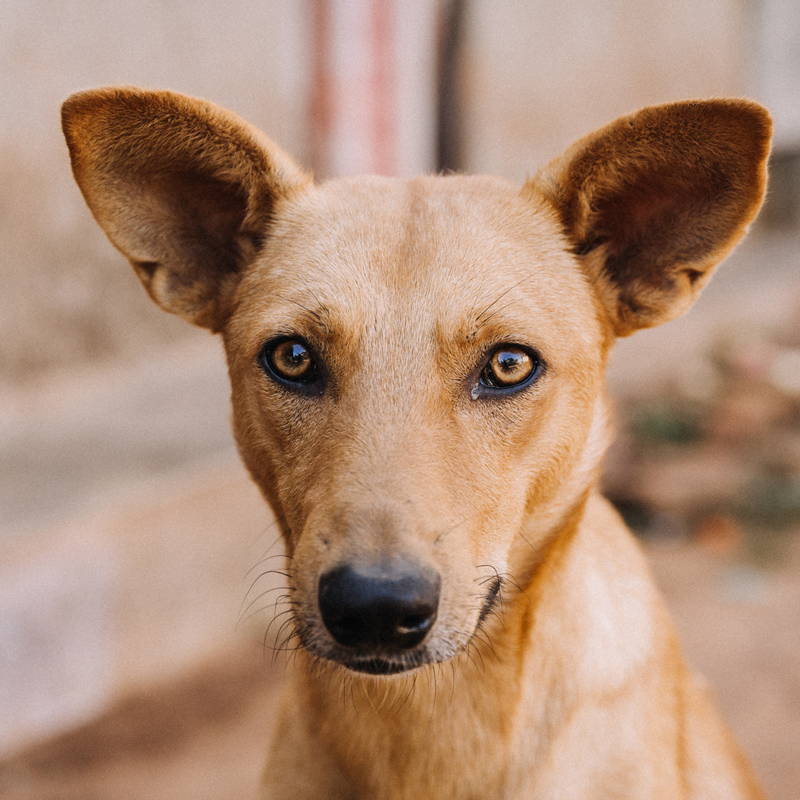 Like all dogs, the Ugandan street dog is a descendant of the gray wolf. Thousands of years ago, a number of wolves became domesticated. And over time, it became clear that these canines made valuable workers and loyal companions.

As a result, people began selectively breeding them for certain traits—a practice that led to the hundreds of purebred dogs we know and love today. But the majority of dogs around the world, including Ugandan street dogs, do not belong to a particular breed. Instead, they've evolved on their own in their native environment.

The substantial genetic diversity found in Ugandan street dogs suggests they descend from some of the oldest domesticated dogs. Experts believe livestock herders brought dogs with them from Egypt when they migrated south to Uganda. And the earliest dog remains discovered in Uganda date back to 925–1,055 YBP.

Today, Ugandan street dogs survive in difficult conditions. Many people in this developing country struggle to feed and care for their families and have no resources to care for pets. But local animal welfare organizations are working to provide food, shelter, and veterinary care to the many semi-feral dogs in Uganda.

Street dogs generally tend to be medium-sized. But Ugandan street dogs can come in all shapes and sizes.

Though any combination of coat colors, patterns, and lengths is genetically possible, street dogs typically have short, brownish coats.

Ugandan street dogs do not follow a breed standard—no shared set of traits links them together. That said, common characteristics of street dogs include prick ears and pointed noses.

Street dogs must learn to fend for themselves. As a result, they tend to be scrappy, intelligent, and adaptable—all skills that support independent survival. Because they've never had to rely on humans, they may be fearful or skeptical of people who have not earned their trust.

A Ugandan street dog's diet typically consists of whatever they can kill or find—small farm animals, scraps from trash cans, handouts from kind strangers, and so on. If you're leaving food out for a street dog, they'll benefit from commercial diets formulated for pet dogs.

Because they fend for themselves, street dogs aren't usually at risk of becoming overweight. However, if you take a street dog under your roof, keep an eye on their food intake to avoid overfeeding. Guidelines on dog food packages are a good starting point when determining daily portions.

If you've adopted a street dog that's comfortable being handled, regular brushing and nail trims will help them look their best. Good dental hygiene is also important for any dog. Professional cleanings and at-home dental care will keep their mouths healthy and reduce the risk of related health issues.

All dogs need exercise to stay physically and mentally fit, and street dogs are no exception. Ugandan street dogs that are on their own will get adequate exercise during their daily roaming. Pet dogs, however, need access to the outdoors to stretch their legs and get mental stimulation. Playing in a fenced yard and going for leashed walks are great ways for your dog to release energy.

Street dogs are not accustomed to obeying commands from people. In fact, many may avoid close contact with humans. Before attempting a training program, start by building trust and respect with your dog. Slow and steady is the best approach to making inroads with a street dog.