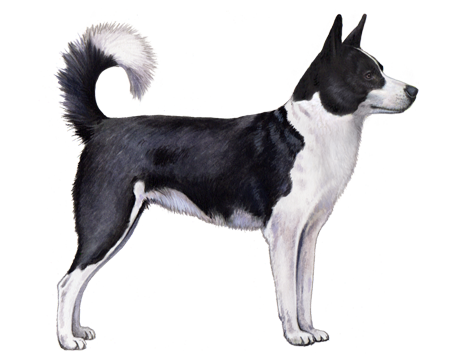 The Canaan Dog—the national dog of Israel—has a fascinating history that has helped it evolve the traits that are characteristic of the dog today. They are sensitive and affectionate with their family, but they can be territorial and wary of strangers or new things because of their background. Proper training and socialization are essential for this breed. 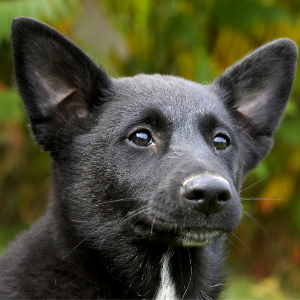 Canaan Dogs are the national dog of Israel, named after the land that today encompasses Lebanon, Israel, and parts of bordering countries.

Dogs that look similar to Canaans appear on artifacts from 4,000 years ago, although it’s unclear exactly when the breed came into existence. Canaan history changed in the year 70 when Israelites were driven out by the Romans, and their dogs, with nowhere to go and no one to care for them, traveled into the Negev Desert. They survived there, without the help of humans, until the 20th century.

When the Israeli army needed dogs to act as sentries on patrol, Dr. Rudolphina Menzel proposed using the dogs that were, presumably, adapted to the area. That led to the reintroduction of the Canaan breed and humans.

The Canaan Dog quickly earned their stay and proved worthwhile as working dogs, and so after World War II, Dr. Menzel began a program to train and breed the dogs as guide dogs for the blind. These days, Canaan dogs make excellent competitors for dog sports and make even better companion pets.

The Canaan Dog is a medium-sized breed with a short coat in solid or pied colors, and a curled, brush tail.

The Canaan Dog has an inner coat that’s soft and short, and an outer coat that is straight, harsh, and medium length. The coat is shorter on the legs and head and longer on the ruff, tail, back of the thigh, and top of the withers.

Canaan Dogs come in two primary color patterns that are either predominantly white with a mask and with or without additional patches of color, or solid colored, with or without white trim.

They can range in color from black to multiple shades to brown, including sandy, red, or liver.

The Canaan Dog may have a symmetrical mask either over the eyes and ears or over the entire head, particularly if the rest of the dog is predominantly white. In general, this breed has a clean outline with a wedge-shaped head, low-set, erect ears, and a high-set brush tail that curls. 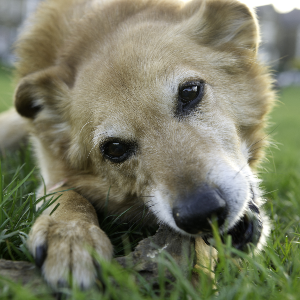 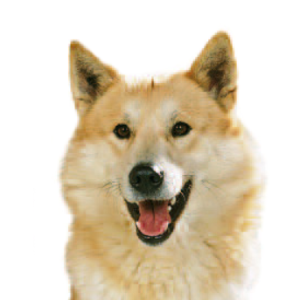 Devoted and gentle with their family, the Canaan Dog can be highly territorial and aloof with strangers. They can also be noisy, although they are generally easy to train.

As with most active breeds, the Canaan Dog does best with high-quality dog food that’s suited to their particular age, as well as any additional health concerns.

It’s important to monitor the amount of food and treats that you give your Canaan Dog, especially since some dogs may be prone to gaining weight as they age. Your veterinarian is always a good source to help provide you with appropriate nutrition and feeding guidelines.

The Canaan Dog’s double coat sheds at least once a year, and brushing every few days during this time will help keep it healthy. Other than that, a once-weekly brushing should keep this dog’s coat in good shape.

All dogs require regular dental care, including at-home teeth brushing and professional dental cleanings, and the Canaan Dog is no exception. Maintaining good dental hygiene is important for their overall long-term health.

The Canaan Dog is an active breed that requires moderate exercise each day to stay healthy and happy. They are highly trainable, and so they do well with dog sports like tracking and herding. And daily walks will keep them happy, too. Remember to always keep this breed on a leash or in a secure, fenced-in area.

Early training and socialization with this breed are important since they're territorial and can be wary of strange people, strange dogs, and new things.

Although the breed is intelligent and can learn things quickly, they can also be stubborn and independent. Once you figure out a good training technique, Canaan Dogs are highly trainable for dog sports like agility and tracking.