Is a designer dog right for you?

Designer dogs are a result of intentionally crossing different breeds to create a new mix. Nowadays, new designer dogs pop up so often that it can be hard to keep track of them all. Are you considering a designer dog? Is it right for you? Read on for answers to these questions and more. 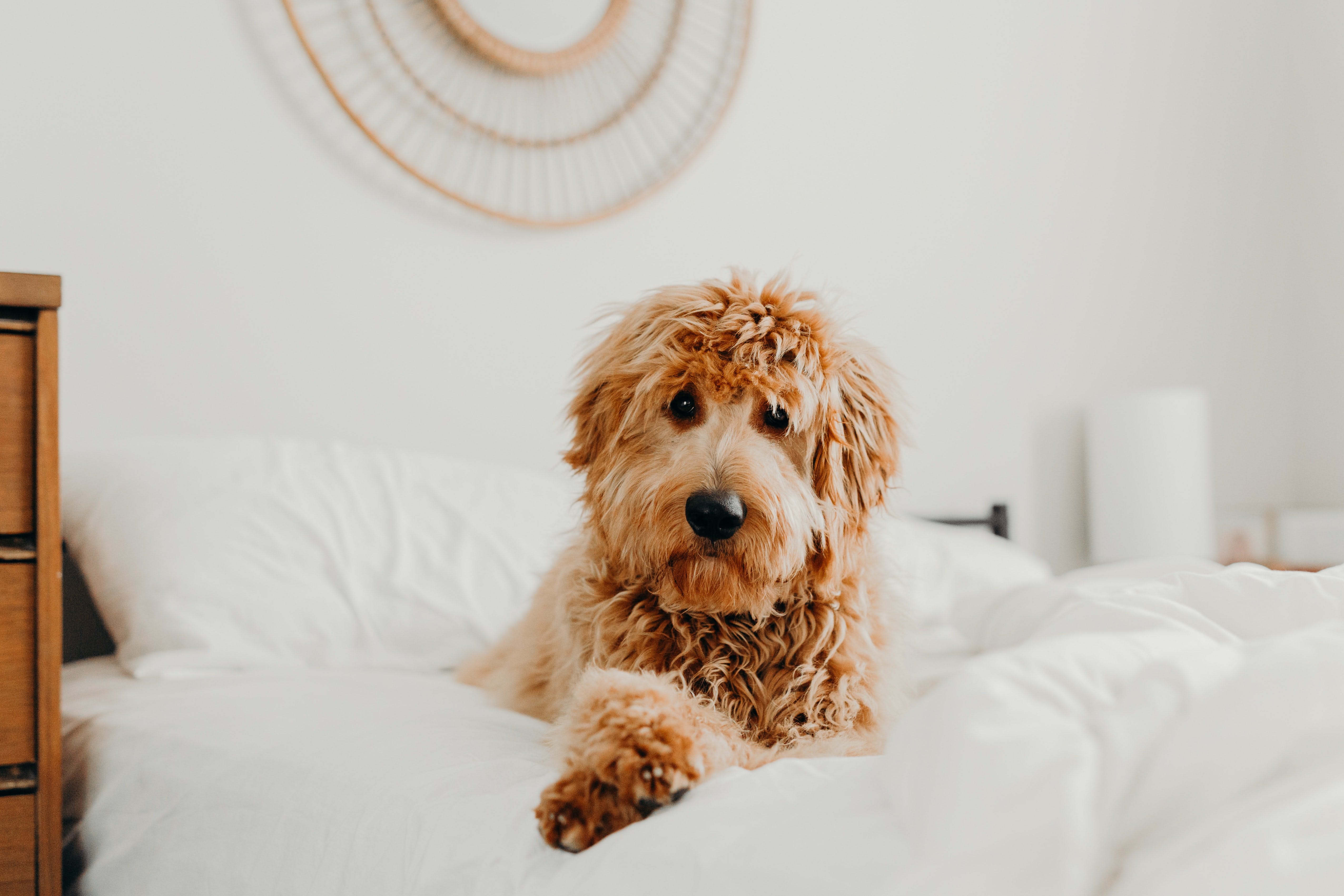 Nowadays, new designer dogs pop up so often that it can be hard to keep track of them all. But before there were Puggles and Pomskies, Morkies and Yorkipoos, there was the Labradoodle.

The original Labradoodle—a cross between a Labrador Retriever and a Poodle—seemed to represent the most desirable traits of both breeds, with the personality of a Lab and the low-shedding coat of a Poodle. Though it wasn’t the first designer dog, it is the one that set in motion a dog breeding craze that has been gaining steam since the late 1980s. But are these designer mixes really the best of both worlds? And is a designer dog right for you? Read on for answers to these questions and more.

What is a designer dog?

Designer dogs (also called crossbreeds) are typically a mix of two purebred dogs. However, sometimes three breeds are present if, for example, a purebred dog is crossed with a designer dog. Unlike mixed breed dogs of unknown lineage—AKA mystery mutts—designer dogs are the result of intentionally crossing different breeds to create a new mix.

If you’re hoping to see a Labradoodle crowned “Best in Show” at the next AKC Championship, you’re out of luck. Designer dogs are not recognized as breeds by major kennel clubs. However, there are some registries for designer dogs, and some clubs allow them to participate in stand-alone events such as agility or rally.

What are the most popular designer dogs?

The most common designer dogs are with the Poodle. Topping the list are the Goldendoodle (Golden Retriever and Poodle), Bernadoodle (Bernese Mountain Dog and Poodle), Labradoodle, and Aussiedoodle (Australian Shepherd and Poodle). But just because it ends in "doodle" doesn’t mean it’s a designer dog. A big exception is the Australian Labradoodle, which you might think is a designer cross between a Labrador and Poodle that hails from Down Under. In fact, Australian Labradoodles have been bred as hypoallergenic service dogs for many generations using several breeds, and have their own breed association in the U.S. and elsewhere.

Based on customer results from the Wisdom Panel database, there are also a variety of designer dogs that don’t include Poodles at all, though some of them may be accidental breedings versus intentional efforts. Some of the winners include:

And interestingly, preferences in designer dogs can vary based on region. For instance, in the UK, sighthounds are often used in designer mixes. Called lurchers, popular examples of these designer dogs include Whippets or Greyhounds crossed with Border Collies, Bedlington Terriers, or other sighthounds.

What’s the appeal of designer dogs? (And what are the potential watch-outs?)

Many dog breeds we know and love today are the result of careful breeding to bring out the best traits for a particular type of work or activity. Similarly, designer dogs are bred to highlight the preferred characteristics of the breeds involved, with low-shedding coats and overall cuteness being key factors in many new mixes. However, it should be noted that there is a lot of variability in designer dogs, both in the physical and personality traits they express.

This variability can be especially important to understand when it comes to coat characteristics, shedding, and hypoallergenicity. If you want a designer dog that’s a doodle because you’re specifically looking for a pup with a hypoallergenic coat, you could be in for a surprise when you bring your new puppy home and immediately start sneezing. There is no such thing as a truly hypoallergenic dog, but dogs that are low shedders, which is strongly influenced by coat length, type, furnishings, shedding genes and care, is one of the best bets for reducing allergenicity.

Size can also be a surprise in designer dogs, especially the doodles. Poodles come in various sizes, so a doodle created using a Standard Poodle will be much larger than one created with a Toy Poodle, so it’s important to clarify with the breeder in advance.

Another potential benefit often cited for designer dogs is a reduced risk of genetic health conditions. Although it’s true that if there are widespread genetic disorders within a certain breed, breeding it with a dissimilar breed may reduce the risk of that condition being passed on in first-generation litters, it is not a guarantee of good health. Additionally, in multi-generation designer dogs or multigens, where the same breeds are used on both sides of the family tree for more than one generation, the risk of genetic disease may be similar to purebred dogs.

What to look for in a breeder.

If you think a designer dog is the right choice for you, it’s important to thoroughly research breeders before deciding where to get your pup. Make sure the breeder you choose does their due diligence to breed for a "best of both worlds" outcome, as designer dogs’ characteristics can vary widely. Also, because there is the perception that designer dogs are at lower risk for genetic diseases, not all breeders perform health screenings on their dogs. So be sure you choose a breeder that screens for genetic conditions, other health conditions, and temperament before breeding.

Some genetic tests, including Wisdom Panel’s, test for coat length, type (such as curly or straight fur), furnishings (such as prominent beards and eyebrows) and shedding. If having a low-shedding dog is important to you, ask the breeder if they have verified their puppies’ coat type and shedding likelihood by genetic testing. This characteristic can vary widely in designer dog litters, especially after the first-generation cross. You can actually get a multi-generational Labradoodle that has a short straight coat and no ‘doodle’ beard!

It’s also important for you to learn as much as you can about the breeds that will make up your designer dog so there are less likely to be surprises. Ideally, you’ll also have the chance to meet the parents of the puppy you’re considering, or even other offspring of those parents. This will help you determine if your future pup will have the temperament and characteristics you’re looking for.

Do you already have a designer dog?

Looks can be deceiving. If you haven’t yet done genetic testing on your rescue dog, you may already have a designer dog without even knowing it! A Wisdom Panel DNA test will not only reveal your pup’s breed make-up, but also provide information on their genetic health, traits, relatives, and more.

Understanding your pet’s genetic makeup allows you to customize care based on their unique needs and personality.

Many people believe mixed breed dogs are healthier than purebreds. Is that true? We studied the genes of 100,000 dogs, and here’s what we learned.