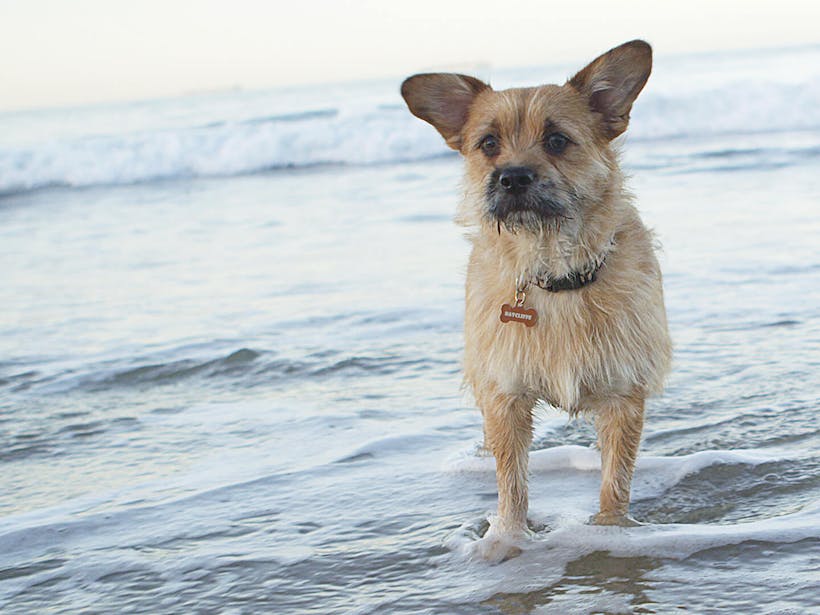 One of the many fun aspects of owning a mixed breed dog is guessing which breeds make up the dog’s ancestry. Though it may be entertaining to speculate, it’s actually very hard to accurately identify the breeds present in a dog based on physical appearance alone.

In fact, visual identification—even by professionals—is only accurate about 25% of the time.

To understand why visual breed identification is so challenging, it helps to have a basic knowledge of how physical traits are inherited.

When conceived, a dog receives two copies of DNA—one from the father and one from the mother. Which pieces of DNA a dog inherits from each parent is completely random.

Within each strand of DNA are genes. And these genes determine traits such as coat color, ear type, tail style and more.

The random nature by which dogs inherit genes explains why puppies—or humans, for that matter—who share the same parents may look very different. (Learn more about sibling genetics here.)

Dominant vs. recessive traits in dogs

Of the traits a dog inherits, some are dominant and some are recessive. What’s the difference?

Well, dominant traits require only one copy of a specific gene for the trait to be expressed in a dog. So, if either the mother or the father pass on a dominant trait—such as floppy ears, for example—the offspring will present the trait.

Recessive traits, on the other hand, require two copies—one from each parent. That means recessive traits can be hidden in the genetic make-up of a canine clan for generations, not appearing until a descendant inherits two copies of the recessive gene.

How genes determine a dog’s coat color, texture, and more

This has all been a little theoretical so far. So, let’s look at a real-world example: your dog’s coat.

Several genes contribute to a coat’s appearance. The color, for instance, comes from cells that produce pigment. Black, brown, and yellow are the basic foundations of color. But it’s not quite that simple.

Starting to see why there are so many different potential color combinations in a dog’s coat?

Genes also control the pattern or color distribution of a dogs coat. During development, pigment cells start at the top of a dog’s back and spread down his body to his legs and tail, and from the back of the head around the face.

White spotting in coats occurs when a dog doesn’t have enough pigment cells to cover his entire body. Lack of pigment cells combined with the way pigment cells spread explains why so many dogs have white on their stomachs, legs and tails, or a “blaze” down the middle of the face and muzzle.

The genes a dog inherits also decide coat length and texture. Long hair is typically a recessive trait, and short hair dominant. Curly hair, on the other hand, is a semi-dominant trait.

That means if a dog has two copies of the trait, he will have very curly hair. But if he has only one copy, his coat will be wavy in appearance. (Though the wave may not be noticeable on short-coated dogs). That’s why when you breed a curly-haired Poodle and a straight-haired Labrador, you get the wavy-coated Labradoodle.

Wondering why your dog has certain traits?

Hopefully you now understand why it’s so challenging to visually identify a dog’s breed. If you want to learn how genes combined to create your unique pup, run a Wisdom Panel™ dog DNA test on them.