Narcolepsy in pets: what you need to know

Cat naps are good. Uncontrolled bouts of sleep, however, are another story. 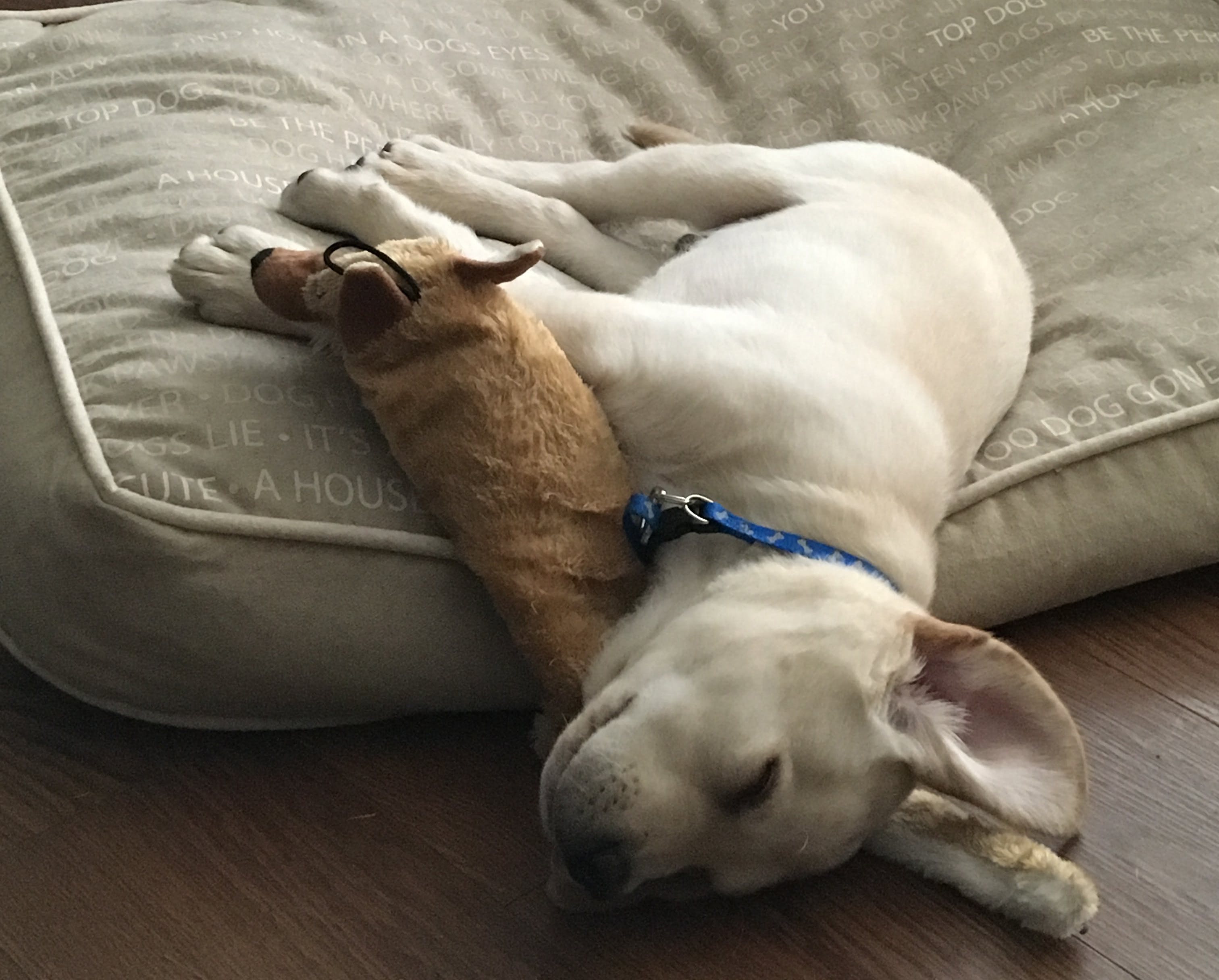 If you’ve ever struggled to fall asleep, the thought of dozing off at the drop of a hat might seem appealing. But narcolepsy—a sleep disorder most commonly known for causing spontaneous sleep episodes—is far from enviable. Though a relatively rare condition, narcolepsy in pets can have a big impact on furry friends and pet parents alike. Here’s what you need to know if you suspect your pet suffers from this uncommon, and somewhat mysterious, condition.

Narcolepsy affects different species, including humans, dogs, and cats. This sleep disorder affects the nervous system and is characterized by excessive sleepiness, erratic sleep patterns, sudden collapse, and rapid transitions to REM sleep. If you’ve seen a dog running at the park and then suddenly collapse into a heap for a quick snooze, it’s possible that pup has narcolepsy.

Narcolepsy in pets is not fully understood. Research indicates that the condition is the result of mutations in the Hypocretin/Orexin-receptor-2 (Hcrtr2) gene or hypocretin peptide deficiencies. The mutations are a hereditary condition in certain dog breeds. In fact, the Wisdom Panel Premium DNA test screens for narcolepsy in Labradors and Dachshunds. The cause of the peptide deficiencies is currently unknown. Little is known about the cause of narcolepsy in cats.

The most common signs of narcolepsy in pets include:

If you notice any of these signs in your pet, schedule an examination with your veterinarian. Your vet will likely run tests to rule out other possible (and more common) causes before a diagnosis is reached.

There is no known cure for narcolepsy. Luckily, the condition itself does not cause pain for distress to pets. However, it’s important to be vigilant so you can help keep your pet safe when symptoms strike. After all, not all locations or situations are suitable for sudden naps.

Narcoleptic episodes often occur during moments of excitement or over-stimulation. For example, playing, mealtimes, and breeding may be triggers for narcoleptic events. Identifying patterns and triggers will help you make decisions about the activities you do with your pet and the environments you expose them to.

In most instances, it’s best to keep dogs on a leash or in an enclosed area so they don’t find themselves in vulnerable situations when an episode occurs. Similarly, keeping cats indoors will eliminate the possibility of them having a narcoleptic episode while, for example, crossing the street or climbing a nearby tree.

How to Tell If Your Dog Has Environmental Allergies

Got an itchy pup? Cases of environmental allergies in dogs have increased more than 30% just in the last 10 years. Learn about common causes and solutions.

The first thing you think about when considering your cat’s health probably isn’t their pearly whites (or lack thereof). But believe it or not, dental disease is one of the most common health conditions in our feline friends.