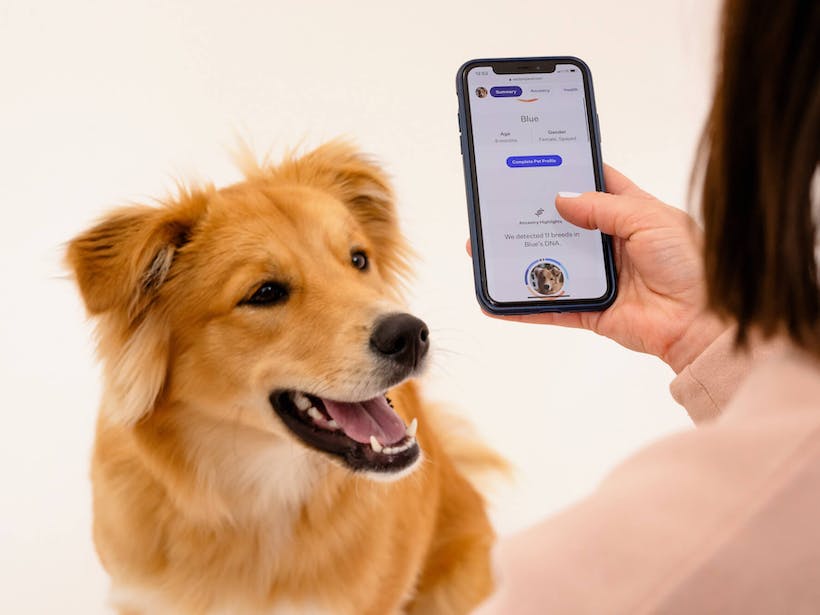 At Wisdom Panel™, we apply the latest and greatest science to help pet parents provide the best possible care for their dogs and cats. And we’re thrilled to share that our new breed detection system is now more accurate and efficient than any other.

How? Well, to accurately detect a dog’s breed mix, you need three things:

Thanks to 15+ years of collecting high-quality genetic samples from across the globe, we’ve long had the world’s largest breed database (>21,000 samples with known breed background and counting). But with a brand-new set of algorithms and analysis of 40x more genetic data points per sample, the Wisdom Panel™ dog breed detection system is now over 98% accurate.

That figure’s based on rigorous analysis and controlled tests using thousands of known purebred samples. And in additional benchmarking tests using mixed-breed samples, our breed detection system consistently showed error rates that were 2-4x lower than the industry standard.

What’s all this mean for you? Wisdom Panel™ can now scan your pup’s DNA for the most breeds and give you the most accurate answers about their ancestry.*

Two years ago, we recruited some of the world’s leading experts in population genetics from 23andMe and AncestryDNA. And right away, this team began assembling reference datasets and running experiments to identify the optimal elements of a breed detection system.

At the outset, our scientists reasoned that a very large and global reference panel of known dog DNA breed samples would capture more of the genetic diversity across dog populations. And that would ultimately allow us to deliver higher degrees of accuracy and precision (e.g., reporting breed mix down to 1%) to our customers.

Our team also knew they wanted to build a local ancestry classifier—one that could pinpoint ancestral breeds to specific segments on a chromosome/chromosomes—because it would provide more precise estimates and support a variety of our ongoing dog health studies. (More to come on the latter in a few months.)

To rise to this challenge, we needed to solve inefficiencies that have hamstrung population geneticists since they started using DNA to predict ancestry. In short, we had to reduce computing power and increase speed. And we succeeded—developing a method that’s 30x more efficient than alternatives and designed to scale accurately as our database grows.

The end product uses the positional Burrows-Wheeler transform (PBWT) algorithm along with our own novel mathematical approximation to the local ancestry model of Li and Stephens, often referred to as “chromosome painting.” It also involves a machine learning program with a reference panel of common misclassifications. This allows the system to learn which errors to watch out for and smooth the results to improve overall accuracy.

As a final step, we subjected our new breed detection system to a range of quality tests which we believe set a new standard in the (human, dog, or cat!) genetic testing industry. We’ve detailed all of our methods and testing in a white paper and a patent application filed on July 7, 2021.

Dig into the technical details.

We’ll share more about how our industry-leading breed detection system works in a future post. But in the meantime, you can find more information in our white paper.

*All customers who purchase a Wisdom Panel™ dog DNA test on or after 7/13/2021 will get results from our latest breed detection system. Customers who bought before that date and are on our newest genotyping chip (in use since 10/2019) can take advantage of the new results with a free update we expect to roll out in the fall. Customers who bought a Wisdom Panel™ test that used an older genotyping chip (9/2019 or before) will be able to purchase a new test at a substantial discount.

Wisdom Panel™ Complete for Cats screens for more breeds, traits, and health conditions than any other consumer cat DNA test. All so you can provide the best possible care.