3 Mexican Dog Breeds You Should Know About

How many Mexican dog breeds can you name? In this post, you’ll learn about Chihuahuas, Mexican Hairless Dogs, and Mexican Street Dogs. 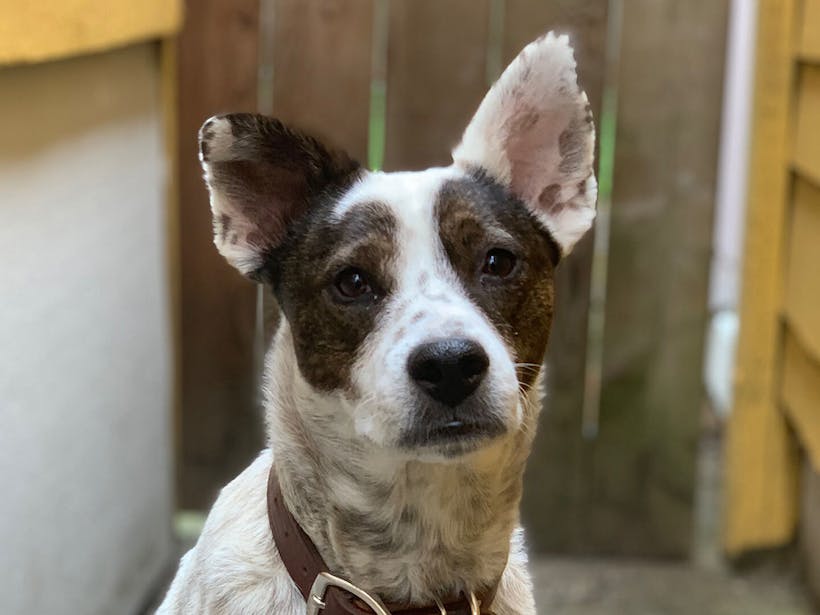 As we celebrate Mexican culture and heritage for Cinco de Mayo, we thought it would be fun to spend a little time learning about three unique dog breeds of Mexican origin: the Chihuahua, Mexican Hairless and Mexican Street Dog.

The world’s smallest dog, Chihuahuas make up for what they lack in size with their big personalities. These alert, active little dogs (that are surprisingly good at agility sports) can have long or short-haired coats and come in a variety of colors and coat patterns.

Interestingly, the indigenous Mexican Chihuahua is quite genetically different from the show lines of the Chihuahua originating from the US and from Britain and often shows different conformation, or structure.

They tend to have larger sizes (we have found Mexican-line male Chihuahuas that weigh up to 19 lbs!), “deer style” build, and more muscling—compared to the small, short, “apple head” conformation of the show lines. They also appear to be more genetically and physically diverse than their show counterparts, as is common of non-show breed populations.

The Xoloitzcuintli is an indigenous breed from Mexico and got its name from the Aztec god, ‘Xolotl’, and the Aztec name for dog, ‘Itzcuintli’. Since the official name is a mouthful, most people say “Xolo” (pronounced SHO-lo) for short.

It’s sometimes referred to as a Mexican Hairless, although by nature, there are haired and “hairy hairless” individuals as well. Much like in the Chinese Crested and the Peruvian Inca Orchid (or Peruvian Hairless), the absence of hair is a dominant trait in the Xolo. The gene is lethal when two copies are inherited, so all hairless Xolos are actually carrying a single copy of the hairless gene.

Xolos are intelligent, friendly and very loyal. They tend to be protective of their owners and like to stay by their sides, which makes them a low risk for running away.

We’re proud to share that Wisdom Health Genetics was actually the first to identify the breed marker signature for Mexican Street Dogs. These intelligent dogs are generally thought to be the descendants of stray and feral dog populations that roam the streets and beaches of Mexico.

Since these Mexican Street Dogs must often fend for themselves, they tend to be highly food-motivated and respond well to reward-based training. Because the Street Dog has had little interference in breeding from humans, there is a very wide variety of sizes, colors and builds.

If you’re curious about your canine’s breed make-up, check out our dog DNA kits.