Do male dogs have paternal instincts?

We know female dogs make nurturing parents. But what about their mates? Discover whether male dogs have paternal instincts or even know their puppies. 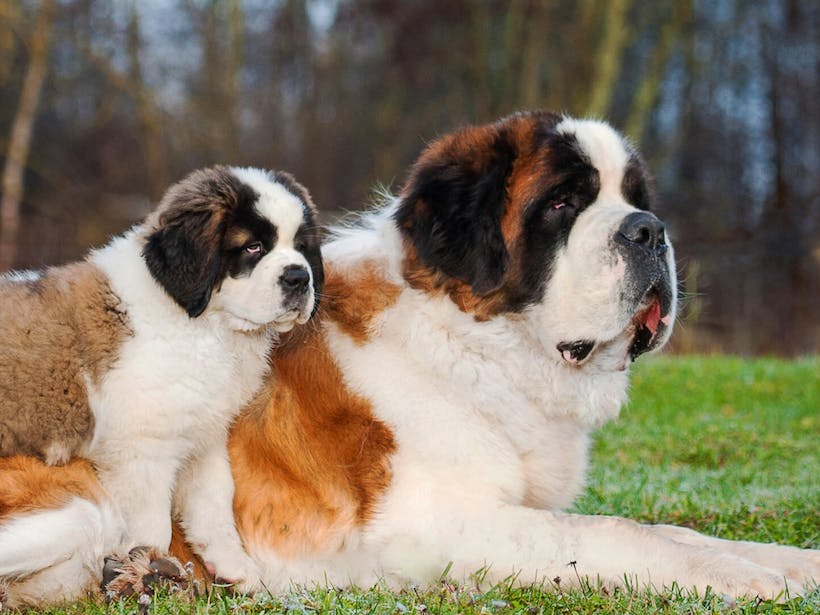 On Mother’s Day, we wrote a post explaining some of the biological and instinctual reasons mother dogs are so good at taking care of their puppies. As we turn our attention to Father’s Day, the story is a little different.

Mother dogs tend to be protective and nurturing. But male dogs—at least, the domesticated male dogs that we have as pets today—don’t have quite the same fatherly instincts. In fact, father dogs most often display a general disinterest in their puppies.

Why is that? To answer that question, it helps to understand a bit about our canine companion’s ancestor, the wolf.

How wolves father their pups

Wolves are considered to be great parents, and male wolves, in particular, play an important role in caring for their pups. For example, the male Gray Wolf is typically extremely faithful to his mate and will bring her food her after she gives birth so that she can focus on the newborn litter.

Father wolves are also very protective of their pups, guarding them from danger at all costs. And they are responsible for teaching the young cubs important survival skills, such as hunting.

So how did the male dogs we know today become somewhat indifferent to their pups? Well, we likely have ourselves to blame.

Humans have assumed many of the roles that a father dog would otherwise fill. For instance, a dog has no need to hunt for food when humans supply daily meals. We also provide safe homes for puppies, eliminating the need to guard and protect the litter.

Today, male dogs are often not even present when their puppies are born. So, it’s not too surprising that their paternal instincts don’t match those of wolves.

But one innate characteristic has stood the test of time: Dogs are pack animals and enjoy companionship and being part of a group. So, though a male dog may not have a special relationship with his puppies, over time he may play and interact with his kin, just as he would any other dog (or human).

Want to learn more about how genetics influence dog behavior?

Why Mother Dogs Know How to Care for Their Puppies

Mother dogs naturally know how to take care of their puppies. Where do those maternal instincts come from? Find out in this post (filled with puppy photos).