It’s so hard to resist the appeal of puppy dog eyes. And that’s by design. Learn the story behind how dogs developed the ability to make facial expressions. 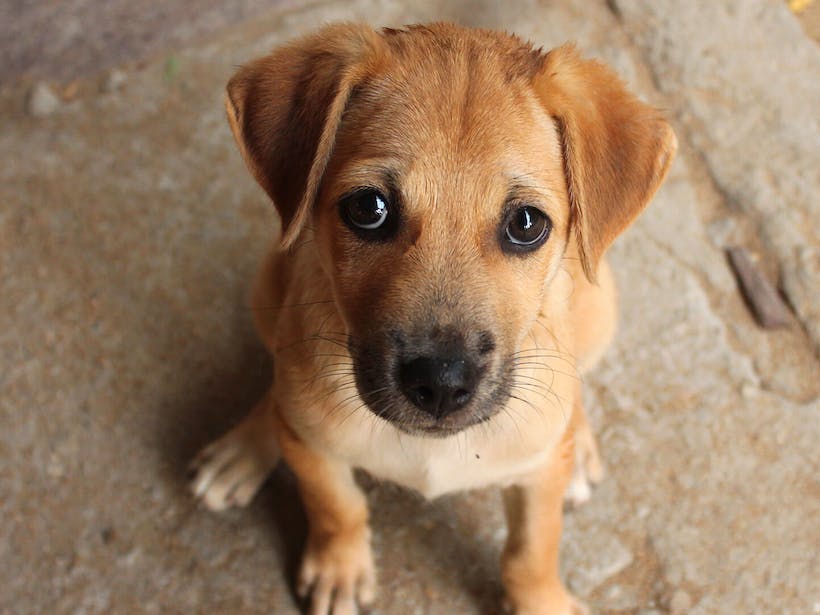 You’ve seen it—that sad expression your dog makes when trying to convince you not to leave for work or get mad about a chewed-up pair of shoes. It’s so hard to resist the appeal of “puppy dog eyes.”

The urge to cave and give them what they want becomes overwhelming. Dogs seem to know how to use this to their advantage, too.

As it turns out, genetics have played a role in giving pups this superpower.

Dogs have muscles around their eyes that allow them to raise their eyebrows and make that heartwarming expression we all know too well. But that wasn’t always the case.

Dogs’ ancestor, the wolf, doesn’t have these muscles. Recent research indicates that dogs developed the muscles over the course of 33,000 years as a way of enhancing communication with humans.

During the domestication of the dog, humans developed a subconscious preference for canines that moved their eyebrows because the behavior mimics our own. Thus, it triggers a desire to care for and protect the dog.

So, dogs that moved their eyebrows gained a selection advantage over dogs that did not. And as dogs evolved genetically and honed their social interactions with people, the trait was reinforced.

For example, Scottish Terriers, Schnauzers and many other dogs have “facial furnishings”—a genetic trait that gives dogs prominent beards, mustaches and eyebrows. Similarly, dogs that express the tan point gene, such as Bernese Mountain Dogs and Rottweilers, have distinct patches of color above their eyes called “pips”. For mixed breed dogs, the coat traits they inherit from their parents determine whether they have such physical features.

Both furnishings and pips accentuate a dog’s facial expressions. Because, after all, the more noticeable a dog’s eyebrows are, the more we notice when those eyebrows move.

Subtle or prominent, one thing is for certain: Puppy dog eyes have a way of melting our hearts. And we wouldn’t have it any other way.