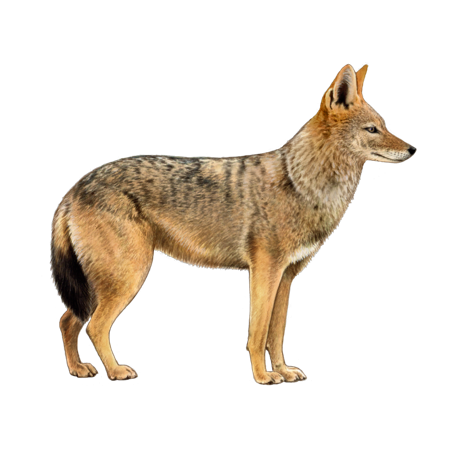 Golden Jackals are the most widely distributed type of jackal. They share a resemblance to the grey wolf, though they're smaller and lighter. 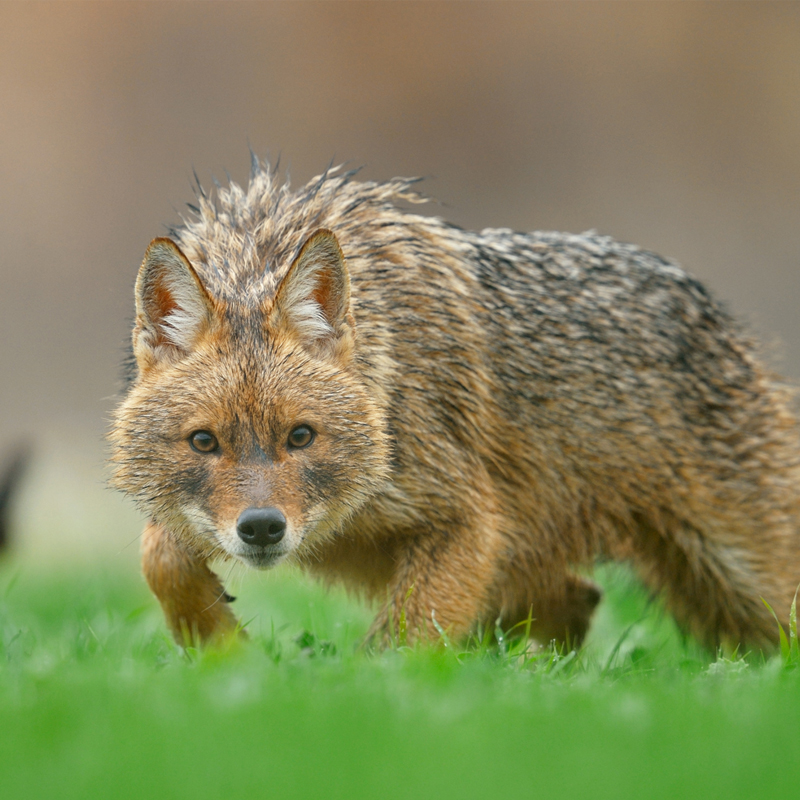 Experts believe these dogs descend from the extinct Arno River Dog. But fossil records of the species are scarce. So, it's challenging to piece together their exact origin. The Golden Jackal's place in mythology and folklore, however, is well-documented.

Anubis, the ancient Egyptian god of embalming, was often shown as a jackal-headed man or a jackal wearing ribbons. The Golden Jackal also frequently appears in Indian folklore and literary works ranging from the Bible to The Jungle Book.

Today, human attitudes toward Golden Jackals vary. Some people praise them for their ability to hunt vermin. Others persecute them for their tendency to prey on livestock. Disease, hunters, and habitat loss are the biggest threats to their population. That said, their numbers currently remain strong.

Golden Jackals look much like a smaller, lighter version of the grey wolf.

The Golden Jackal's fur is coarse and relatively short. As you might expect, these pups have golden coats that range from pale yellow to dark tawny. Their backs have black, brown, and white hairs that sometimes give the appearance of a dark saddle, and their underparts range from light ginger to cream.

Compared to the grey wolf, Golden Jackals have shorter legs and an elongated torso. They also have less prominent foreheads and narrower, more pointed muzzles. The end of the breed's tail reaches the heel or just below. 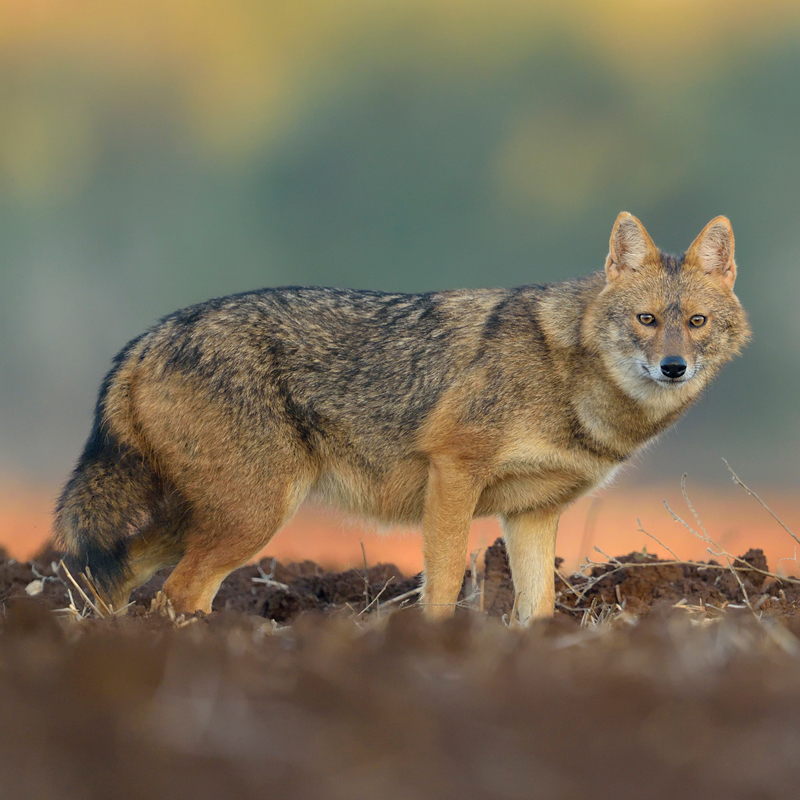 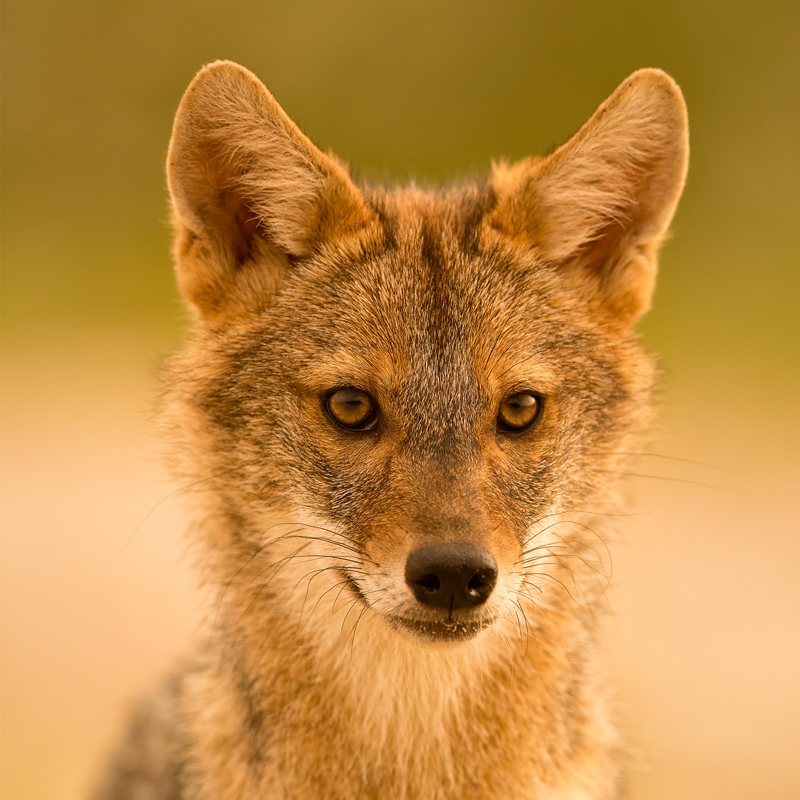 Golden Jackals are highly adaptable. They're nocturnal when living in areas near humans but may be partly diurnal elsewhere. As monogamous animals, they live in mated pairs—foraging, hunting, and caring for their young together. Jackal families often have one or two "helpers," or adult jackals that stay with their parents for a year to help care for a younger litter. They communicate using various howls and even howl in unison with their mate to indicate their bond.

Omnivores, Golden Jackals enjoy a diverse diet that changes with the seasons. They are opportunistic eaters that consume fruits, vegetables, insects, rodents, birds, reptiles, and even young gazelles.

Golden Jackals have heavy shedding periods in the spring and fall (when they blow their coats). And they commonly groom one another as part of their social interactions.

Most active during the cooler parts of the day, Golden Jackals are fast animals when hunting prey—capable of running for long periods.

Since they're wild animals, Golden Jackals are usually not suitable pets. But some people have hand-raised them as young pups and successfully tamed them. In these instances, they behave similarly to dogs but remain shy and suspicious around strangers. 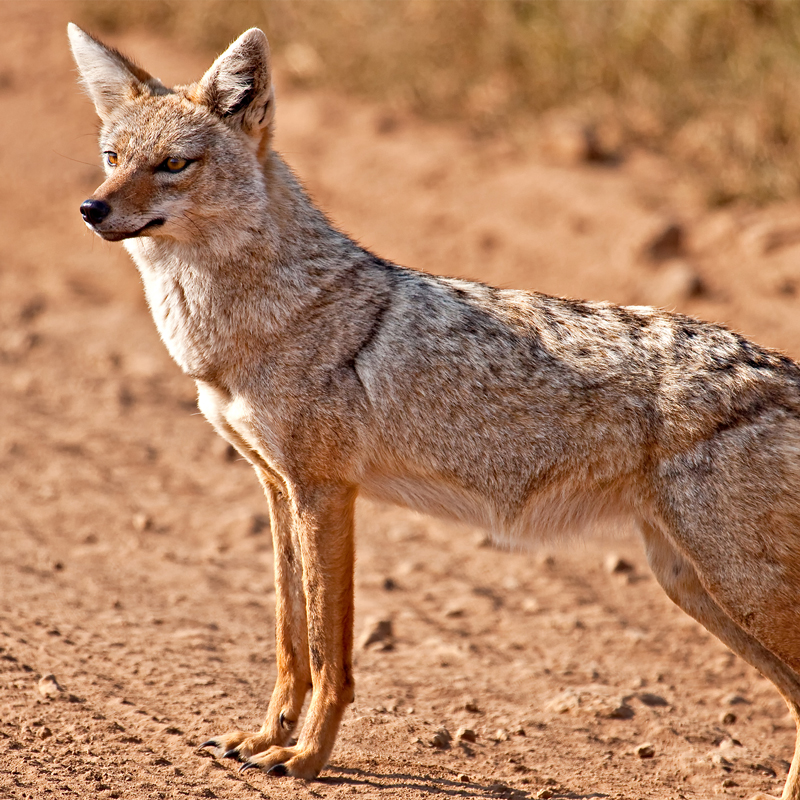