The assignments military dogs receive are critical. So, it’s paramount that they’re up to the job. Learn which breeds make the best miltary dogs and why. 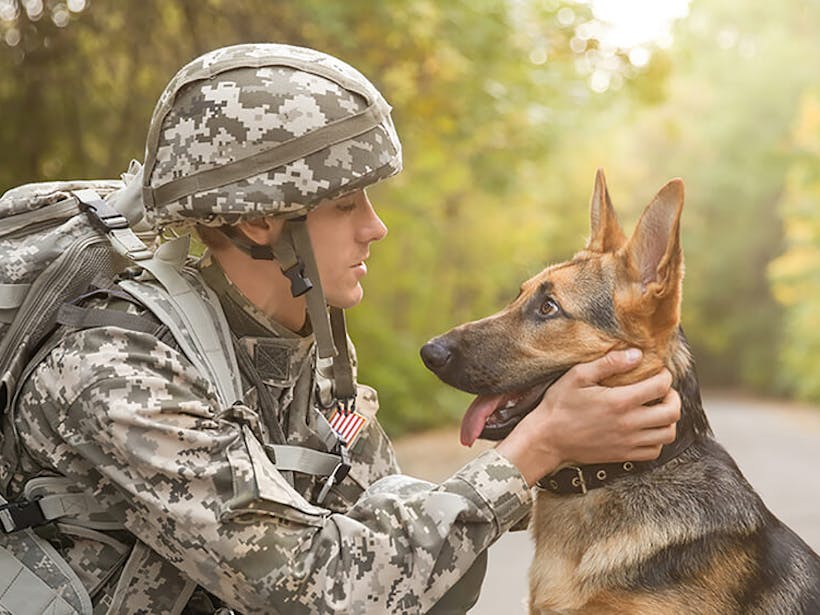 People are drawn to dogs for different reasons. Some look for dogs with playful, goofy personalities. Others love a cuddly couch potato, or an active running buddy.

There is such diversity within the dog species—in size, appearance and behavior—that we’re often able to find a furry friend that fits our lifestyle. But we call upon some dogs to be more than our companions.

In this post, we’d like to salute military dogs and celebrate the characteristics that make them an integral part of the armed services.

What Do Military Dogs Do?

Military dogs perform a variety of jobs, such as:

The assignments military dogs receive are critical. So, it’s paramount that they’re up to the job. They must be innately hardworking, intelligent and disciplined—all characteristics influenced by breed and ancestry.

Here’s a quick look at a few of the most common military dog breeds.

Note: While we focus on large, athletic dogs below, little dogs have also played a part. Take for example Smoky, a 4-pound Yorkshire Terrier who performed heroics in World War II and received eight battle stars!

When you think of military dogs, German Shepherds may the breed that comes to mind.

These dogs are physically powerful, courageous and have strong protective instincts—and that’s why they’re so great at keeping their humans safe. German Shepherds also thrive when given a job. And the more challenging the assignment, the better.

They are obedient and eager to learn—which makes them easy to train for special tasks. Alert and active, Dutch Shepherds often find their way onto search and rescue mission teams.

The Belgian Malinois looks similar to the German Shepherd, though they are more compact in size. For this reason, they’re better-suited for missions that may involve tandem parachuting or rappelling from aircraft. (Intense, right?)

Learn About the Unique Traits of Other Breeds

Fascinated by dog breeds? You’ll love our breed library, where you can explore facts about Affenpinschers, Yorkshire Terriers and every breed in between!